Unfortunately many of these are actually the same "Festive Robots" we mentioned last month, they may have changed a few nuts n bolts but still "tick-tock" down to exactly the same high street thinking it’s for a different purpose. 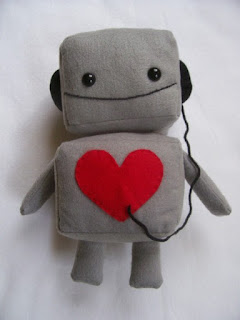 So, it’s valentines day this weekend, another corporate calendar led "do this" event.  It has not been long since people were told to party, stuff their faces, then go and shop, nor is it long before people are told to buy hollow chocolate eggs.  These things are not to be mistaken for tradition in any way, this is the big trap, nor are they to be mistaken for being real in any way.  This is even more important.


This valentines, the robots will buy cards, chocolates, and a valentines meal at a restaurant.  Those preparing the food at these restaurants will put as much love into the preparation as those cutting down the trees for the cards.  I can’t include the chocolates here as they are     made by a corporate machine in a factory. 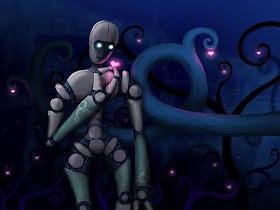 The receiving valentines partner will often do the equation in the head of how much money the giving partner has and how much they have spent on 'the me,' working out the barometer of love, or a "how much am I worth gauge."
None of this is real by any stretch of the imagination, nor is it a plausible attempt at being a human upon a watery forested planet.


The roots of invisible love chaos in the unmanifest absolute of negative existence says "all who spend money on valentines are being laughed it, it’s a big trick.  Love is to be shared; it's not a day, it's not money, it's not a person, it's not to be found or lost, started or ended.  If you know a 'special' (needs) someone who 'wants' something on this day, give her a goodbye wave and improve your existence."


Well I am not one to argue with that, it all seems pretty spot on.


Valentines is only one piece of the jigsaw though, mainstream movies and pop music are other pieces that throw mind control grenades about love.  The core truth is that love is a universal energy we can invoke at any time, it is easiest to attune to within the self or in nature, and can be amazingly "shared" and "nurtured" with someone of a conducive electromagnetic polarity.
The hallmarks of the Illuminati are evident again within valentines day, it’s the genius cloak and dagger mind control but cashing in along the way.  I have to applaud the tactic of lowering vibration, "Buy this or your not a good lover," "Receive something or no-one loves you."  People seriously do buy into this event!


The output from these mind control grenades is that it is deemed normal to say "I need you," or "I love you more than anything," but in core reality these comments really mean someone needs to be quarantined so they can go deep into their broken psyche and repair themselves.


Often when the words I love you are said by tick-tock robots, it translates to, “I want you to say this to me, I’m confused and lost, you are my emotional refuge and that’s why I cling to you.  Guide me, possess me never abandon me, admire me more than anyone else and become my audience.”  This mind set is delivered from high, it takes away any chance of a healthy vibration, and soap operas are an instant example of one of the trenches that launch these grenades.
On valentines day, if the girl is not feeling like sex and she has just been taken out for a "valentine’s meal" she has pretty much got to deliver or the man will feel rejected.  It all creates stupid false pressures, especially within schoolchildren, and the only winners are the grenade throwers and the nonsensical gift sellers.  I mean, what if one of the robots performed a beautiful act of love sharing upon his partner next wednesday, would this not count because it is too late past valentines? 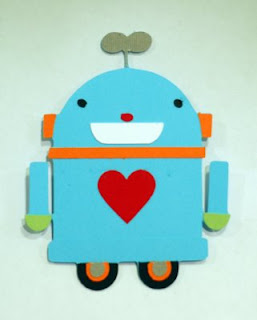 To be honest, if someone needs a corporate day to tell them when to show and share love, then quarantine and some inner questioning would be good here too.  In fact lets just fucking quarantine everyone for a week, and see what happens afterwards.


The neurons and mental thought constructs are all very similar, but we lie to ourselves and make out we are doing completely different things.  We are not, it is a pattern over a patter, the same fractal on a different octave, but we paint a different cover so believe it’s a different book.


I really do believe that if they (read waykiwayki for who 'they' are) created a day called, "stand on one leg and baa like a sheep," and created cards, logos, and merchandise for it, people would go for it;  "Hey Jack, what are you up to on’ stand on one leg day?  What resonance are your baa's vibrating at?"


This may all appear cynical, it’s not. I really mean it, all of it, and when 'Trinity' is ready in 8 or so weeks, the sword of truth is going to swing so  hard many may need to find some  shields or learn to duck.....but, it all comes from a love source :-)  it’s like you kind of can't have an omelette without smashing the eggs ;-)


Universal love energy in its endless river will hide this valentines, it knows what is false and not real.  It can only be invoked ad-hoc, spontaneously, and sincerely, it will wait in hiding but ready to be called upon at any time by those that are aligned to what is true and real.


Not much of any of this matters because i’ve realised recently the robots aren't real, they function like humans, do stuff, but inside there is not much going on, the soul has shrunk to a nats chuff.  They are going through the motions of life like a sloth, as though the experience of being aware is a random hindrance to their core being.....which has pretty much disappeared too.


What does matter, and really matter, is that the status-quo is sustained and fed, and the young grow up thinking this is all a normal way of living on a watery forested planet that spins through space.  Yep, love is in a card, and the more expensive, the more love is attached, its madness.


Valentines goes in the same pot as insurance, pensions, tax, TV, news, and any date in the calendar that has a card attached to it.  The pot is filling up, and is labelled "not integral, not real, not part of my reality."

This blog was going to be about Vodafone texting me and asking ME for money towards the HAARP operation in Haiti.  Vodafone are just a computerised billing company who have taken a lease out upon bandwidth in the air via borrowed money from banks.  They make billions worldwide for doing nothing.  Bush also said "we want your cash, not your blankets or food," and from history we know that cash never gets to the disaster (or attacked) area it’s meant to go to.
Giving cash is usually an act so that the giver can appease his or her own guilt of living a gluttonous unconscious lifestyle whilst others are dying needlessly;  "I gave £10, now I feel better, I did my bit, I can now close the internal chatter and go for a latte with Barbara and have that chocolate cake too whilst we talk about Derek's tight office trousers."
The blog subject changed because i’m getting bored of people calling HAARP a conspiracy theory, people who have never heard of Nikola Tesla too.  What is a microwave?  "oh, its a black thingy in the kitchen that heats stuff up real quick, i really only use it for tea and potatos" is not really a viable technical answer.
Anyway, till later....
Love n light,
M
Mark aka waykiwayki at 15:59 No comments:
Share
‹
›
Home
View web version