I think I was more concerned with the majority English' response to the riots than the riots themselves.   I found so many people in BBC, or "conservative right wing" group think - and within this having massive contradictions in their heads, but we will come onto that later.


Straight off the bat, I don't condone voilence or thieving ever, period, and any sort of protest is best done by lessening the grip of the system, or by planting some food.
Not to be mistaken for an apologist, the facts are that the black gangland of London are:
deprived, marginalised, an ignored underclass, lacking prospects, in run down areas, and have poor education.


And yes, other countries have this and even worse, but then we throw in the "London factor" and the ingredients start to spice up the pot: ego, the seeking of observors, materialsim, high cost of living, status, MTV and Hollywood, drugs, and gangs.


The main stream media and government kept saying it was ""mindless violence," but it is not mindless, mindless is '43@%^&*e#@(@d( - e.g no conscious thought.
Every act of destruction comes from a conscious or subconscious root of frustration or anger (or mind control in other instances).  So why are they frustrated and angry?
They are FORCED to live in a toxic system based upon greed, corruption, nationalism, banking and corporate gain, and are on the lowest rung of the ladder they have no desire to climb.  That for me is akin to a prison, and even many current Somalians have more freedom and access to a life of their choosing.

***
What shocked me the most is that the majority English' view was to "just stamp it out" (so we can go back to ignoring them lot again), and in a mix of internet forums and news I saw comments of:  "fuckin hell. The sooner the BNP win seats the better and get the vermin out of our country the better," "these should be treated as terrorist attacks," "bring in the army and shoot them," "stop the scum having babies," "feral rats,""I hope they rot in hell," "give everyone 2 mins to clear the streets...then open fire."


These sorts of views make these people no better than those on the streets.  Many of the over 40's have the view of "go and get a job" - here I refer to my previous blog.


Plus anyone talking about the root issues was shunned and labelled a liberal, do-gooder, or a guardian reader, but if a tree is diseased does one clip the leaves or go for the trunk?


The London mayor said "Londoners have privileges and freedoms that other people around the world can only dream of," lol (this is an article in itself), and that it was "nothing more than wanton criminality."  I really completely disagree - but have you seen the guy, he is such a toff, he is out of touch with anything real in London, or in life it seems.


Note: he just came back off his super rich holiday, as did the prime minister, and both are ex public school boys with ties to large corporations.  Does not anyone else see the extreme toxic duality in London?
I also saw some rich middle class people in Ealing moaning about a baby clothes store being damaged - clothes shop for babies at high prices?  That is stupid in itself, and very disconnected in my view, I think the planet better off without such tossy, toxic, fairy nonsense....it is not real in any shape of form.


I tend to agree with a Hackney local who told BBC 5 Live: "When you've got bankers taking their bonuses and MP's taking money off people like me for their moats, and their chateaus and their castles, this is the result."  The guy below got the BBC rocked, and another good vid is here.


***
Let us look at the contradictions in many peoples "group think."


1) People are on the side of the Syrian, Libyan, and Egyptian rioters (whose destruction is ALSO born out of frustration and anger and deep desire for change), but when it is on their doorstep it is scum and mindless.  Yes there are "apparant visual differences" but the lowest manifested energy is the same (chaos), and so is the deep rooted feeling of frustration and anger.  Most of the people upset in London are ego based, "I lost something," "I am worried," "I know someone who is scared," "my friend lost a business (insurance anyone?)."  All about the me, but when 60 protestors are shot by a tank in syria, or a whole city is smashed up like Cairo it doesn't really matter as it is far away (I go into this energy much deeper in my latest book), "I just want to go out in London's swanky restaurants, bars, and galleries."


2) People like to moan at the completely toxic banks and large corps, but when their branches are destroyed it is "mindless scum."  Note: i know local business were attacked too, but mainly it was rich large greedy banks and toxic greedy corps.  All these group think views are delivered from the Mainstream Media, and the people with hard nosed careers in London (or those sipping twinning tea in an expensive baby clothes shop in west London) have no time or care to think for oneself about all of this.


3) The English have caused much more devastation and destruction in other countries in the last decade through what the media call "armed forces," the people that support this destruction are outraged at the current destruction.  And even paid for it through taxes, and corporation, insurance, and banking funding.


There is a large illusion of authority and it was shown up the past few nights, some people are scared because they realise they might have to take control of their own lives.  It all reminds me of this.

I do feel it funny that the goverment all come back off their posh holidays meaning business and looking mean in their PR staged scenes for the News, and then getting 16,000 police sent to London, and then no-one goes out to cause trouble.   How can that not be funny?   It is like buying a hose a day after a house has burnt down.  See below how there is a black policeman in the background, and the Mayor is seen to "clean up" the streets.


The toxic system is coming down, in a year, five years, no one really knows but change is coming.  The riots are all just one gasket letting off steam in a boiling kettle.  Putting the lid down tightly (e.g heavy policing) will just mean a gasket blows somewhere else....this is the flow of things in our current era, and the kettle will explode at some point....this is the flow of things too.


It is of no coincidence the riots occured when the stock markets had their worst time in years, and this is just the start of things, it is too late for the elite to start talking in forum to the underclasses, or to people who do not dig the vibe of the toxic falling system.


In one of my 50 day meditations I saw cities in complete chaos so vividly, but it felt ok, it was all a part of the cycle, and as Shiva and the video below reminds us, sometimes there is beauty and harmony is destruction, it can also be an act of creation.

Be ready, be strong, be unique, and take control of all aspects of your life.


Respect,
Mx
Mark aka waykiwayki at 14:43 No comments:
Share

Many are currently stuck paying large interests on mortgages that go straight to the bankers, working for idiots so the idiot can get rich, paying bills that mostly goto corporate profit, and paying tax that goes to the supreme toxic elite (mostly used to pay off government debt to bankers). 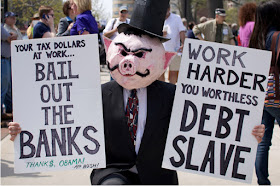 A great percentage of these good people have saught truth and realised this is all a bit of a trap and a scam. 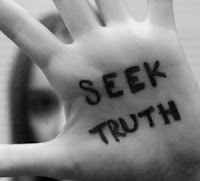 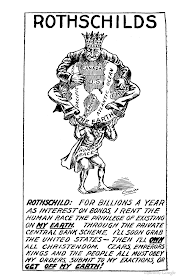 Many of the good people who have realised the scam have then looked to escape but have found little options - but there are solutions and alternatives - all starting off with a little courage. 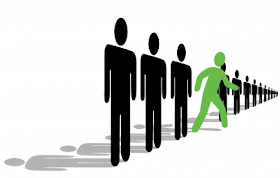 One does not have to spend over 200k on a pile of bricks, and then pay massive tax and bills just to sit within the pile of bricks - even once it is all paid for.   And as for flats - one rarely even owns the walls - just the inside hovering shoe box - and has to pay money to "maintain" the block due to mafia style "maintainer" companies.


It just doesn't add up, and especially now when our young innocent children are already slaves to national debt upon their birth, and the system is starting to buckle towards its downfall (see gold charts). 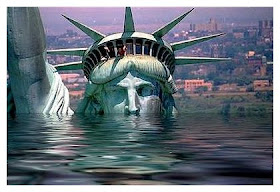 For one, just get up and go; travel - live in the flow - keep moving, throw the post in the bin, and it is cheap if one goes to cheap countries - and the experiences are priceless.  As Stuart Wilde once said "if you keep moving, you are safe" - this might warrant a little contemplation.


For two, throughout the world there are thousands of square miles of unused land near clean water - some cheap, some where one can simply ask to use, and some where you can just "rock up."


There are many ways to build a simple home - haybayl, adobe, hemp, yurt, etc etc.
Here is a slideshow of how to build a permanent wood-based structure yurt - between 5k-7k all in......allot less than the 200k we mentioned earlier.

But many think "working hard" is the name of the game, no matter what it is we do for a job....this is a false doctrine born in victorian times, the real name of the game is to be creative and work on the self.  A man with time, away from the TV and materialism automatically becomes creative - because this is our real true state  - we are all creators. 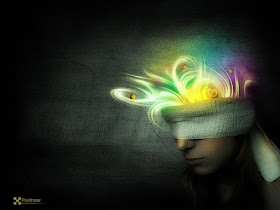 With this ammount of freedom we can also get closer to nature, closer to the objective truths of our reality, and closer to authenticity. 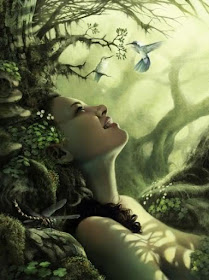 For instance someone recently mocked me for washing outside in a spring stream, yet they buy plastic containers with chemicals to try and emulate the natural way.....it is about connecting the oh-so-big disconnection.
With this freedom, we can also contemplate, meditate, and work practically on the things that really matter....soul evolution.