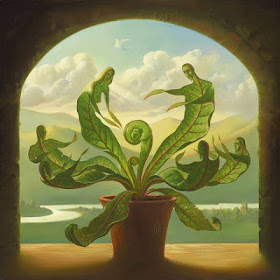 Much of our species is sadly disconnected from the Earth; its authenticity, nature, and its amazing intelligence.     This is proven in that all other animals know instinctively what to eat and and what not to eat, whereas humans can have their minds manipulated from an electric screen presenting images, peer groups, and by parents and teachers repeating toxic belief systems.

Do you know how big the brain of an ant is?    Even a slave worker drone ant?    I know....its officially teeny-tiny. 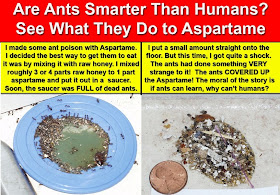 We call plants and trees 'different names' solely to differentiate them, but in our minds this creates a perception that these 'plants' and 'trees' are separate to 'earth.'

Maybe all of the plant life are like nerves and limbs for the earth consciousness so it can feel and express more?   The words we use to label often seem to create more disconnection to the planet. 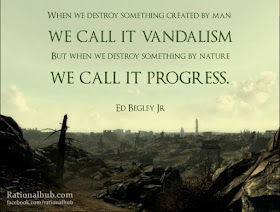 Science always wants to sit at the front of nature, stating it knows the most, but is becoming increasingly more toxic.  If i asked a scientist how and why many new wild flowers, vegetation, and plants appeared around the mountain this spring they wouldn't have any tangible answer.  Mine is simple and in two words.  Gaia Magic :-)

The only living being on this planet (including algae) that does not instinctively know what to eat and not eat, and when to fast, is the human.   But I firmly believe that if a child was trained and educated to see plants much like a holistic herbalist does from a young age, using intuition, meditation, and sight of aura, the connection to the earth would improve for our species in just one generation. 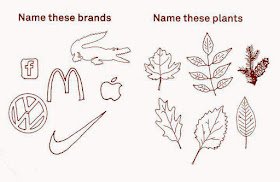 For anyone thinking this is new age idealistic nonsense, I present some education in the matter of earth intelligence (or plant intelligence - however you choose to label it).


I have a collection of Wachuma Cactus plants, and one of which was inside my home with me all last winter (to test to see if it was better away from the frost and light).    Recently I took some of this very cactus, and this particular one knew me more than any other one I had taken before....and the plant knew me so well because it had spent hundreds of hours with me, observing me.

If you think this is nonsense you can do one of two things, do the experiment yourself, or see what these dudes did with some Cactus in the video below.


"Plants will, if genuinely asked, respond to you. They will teach you their medicine, as plants have always taught human beings. And though human beings may lose the knowledge of the medicinal uses of a plant, the plant always remembers what its medicine is. And they will tell you…if you ask. If you approach them with an open heart, open your senses and truly allow yourself to perceive them, they will always respond. If you fail the first time, go again. For you may go to the sea as often as you wish." -Stephen Harrod Buhner


"We may force no explanation from (Nature), wrest no gift from her, if she does not give it freely…Nature becomes mute under torture. Its true answer to an honest question is: "Yea, yea; Nay, nay." Whatsoever is more than these cometh of evil."-Goethe

Some people have had enough it seems.


***
On another note, the other week after a meditative walk around the Louvre, I said that many ancient Egyptian objects in museums held allot of energy and where talismanic, and that ancient Egypt hosted allot of magic.  Check this out!

Here is some nice music for sunny June. 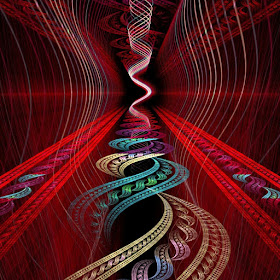 I was going to write about this last week but didn't have time, bit of a shame as now a couple of other sites have got onto it.

Last night spoke to someone about this, someone smart, and they looked at me like i was crazy, great - that's my sign to blog it :-)  without the crazy stare I sometimes feel unsure on whether to blog something.

It's pretty obvious the NSA whistleblower who blew the lid on the levels of stealth Internet control, and death of any privacy....is a patsy....a full on peter-penelope-pastry-patsy-poo-poo......again.

He is either in on the releasing of the information (actor/agent/newsreader style), or he was planted with the information after he was character profiled (goody two shoes / honest / caring / ethical / had something against the NSA / still works for the CIA).

The key is that if a Government told the people of PRISM and Internet control (collecting all mails, messages, voice, passwords, controlling webcams etc), then there would be (mild) uproar (well, not in England, they just like to moan about the weather, and are far too tight and closed for any uproar), but, if a smoke and mirrors 'whistleblower' tells us something, then we take it in much more readily.   It is another way of getting policy out....akin to wikileaks (see some older blogs).    It also creates a "plausible conspiracy basket" for "mainstream types."

Let us see the video below.

Jason Bourne looked more nervous than this guy, and he had some tricks, 20 passports, 20 accounts, jets, ninja abilities, and some gadgets. 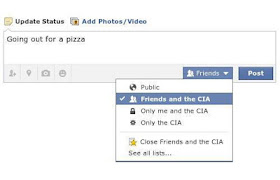 **
So the Bilderberg crew have now gone a bit more press friendly - "Hey, we are just hanging out meeting about a few issues, we are ok, don't listen to conspiracy nut jobs, because if you question us you believe in green aliens and think the world is hollow".....type style.

Check this picture out (zoom and pan) and then ask yourself why what goes on is not disclosed - these people run the system (not the world; that spins and grows stuff on its own). 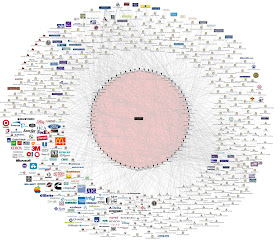 These guys are pretty smart, they make it look like the Govs are against Corporate tax evasion, but really this is all a wetwipe towards creating a global tax system.....the corps are in on it too - well, the corps pretty much sit above the govs - which are little more than a Coronation Street TV show.

Staying on current affairs - heheh, such a silly word..."hmm, I take and interest in Current Affairs"  "Oh not me, I prefer Golf and women's magazines to Current Affairs".....it's quite funny when you think about it.....zillions of people have no care at all about what is going on in the world they fly through space on - "oh no, that's all boring" or even worse are the spiritual white shadow crew, "I am in narcissistic bliss, so please don't come to me with any objective truths about the world......pass me another smoothie." 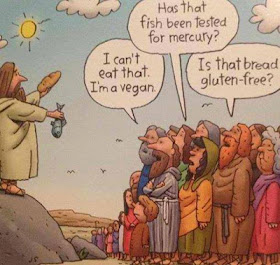 Sorry, I got diverted a little.

Turkey has seen crazy police brutality on people wanting to keep a city park from being turned into a Mall and Barracks.....Turkey has a large youth population, and for countries like this, the youth are plugged into the net, learning what is going on, and many are not going to take the oppression much longer.  I predict many big riots in 2014, as do others.


"Waking up seems to be about the selfish pursuit of happiness -but its more a revolution stance, from the inside out, for the benefit of all beings of existence.
Noah Levine

But don't worry about any of this, your local school will teach your children what is right, and your friendly local policemen will protect you.

Hope does shine though, as some out there are deeply researching and coming out with some really good stuff.  This Igan interview links so close to some of the late Stuart Wilde's work.....but with a Gnostic twist.....nice.


...and mooji helps remind us our inner peace is infinite... There are a few things I'm confused about.....in a humorous and giggly sort of way.

I'm confused, there are many that preach talk of acceptance and that we are all one, but many of these people spoke out against Monsanto last week, that they shouldn't be tolerated, and that THEY (separate) are BAD (judgement/unaccepting).  For the record, I just calmly do a big fat judgement on Monsanto  -  they are an evil. 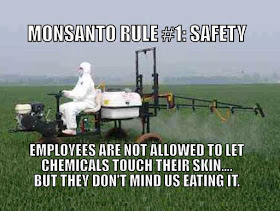 The solutions are easy though; don't buy anything from them, and spray paint their logos to say Moneysatan- and sooner or later it falls down :)  Moneysatan and the like are probably just a gasket from a part of our collective karma - coming from the greed in the collective subconscious.....that, I truly do accept.

I'm confused....It was a friends birthday recently, and on facebook it asked if I wanted to give him a gift....from Starbucks of the new Fast and Furious movie.   Heheh, now my mate would not be keen on either.

And as for Fast and Furious, the viewers must be "Slow and Sedated".....apart from the tough men, bling, and the "me bitches" style throughout, there is a 15 minute scene where cars are chasing and playing with a cargo plane - which is taking off and doing some low flying, all on a single runway.....errr?   The plane to do this has to be going at least at 170 mph for this....so that makes the runway...hmmm.....at least 45 miles long....heheh.   We could digress and talk about th pro Transhumanism subliminals in Iron Man 3 and Total Recall but best to leave all that Hollywood nonsense alone for the dumbed down.

I'm confused.  Recently I visited central Paris.   I noticed everyone looked like a supermodel or some sort of mega rich mogul....well, in the streets and cafes anyway. Because when I got though the wafer thin surface, I saw most of these types lived in tiny cupboard sized apartments living in some sort of squalor.....for massive rental costs.    I call this 'Parisian Fake Chic Emptiness.'    I was also confused as many where all rushing around, needing to be somewhere, "~Why were they not happy where they woke up" -  I thought - then realised that the squalor cupboard sized apartment was only to do pit stops and to store chic magazines of what to wear.

It was all about getting seen out in certain places.    Most of the females in Paris wore massive square handbags, that went from below their waists to their armpit - i asked one, "Are you all going away for the week?" - It seemed the bags where as empty as their heads.

I'm confused.  At the Louvre Museum in Paris - most people walk the whole museum at the same pace, just studying names, years, dates, and statistics, and then matching art to these "mind logic handles."     I tried something more fun;  Take no map or information and walk around in an open meditation, feeling for resonance, seeing for beauty, feeling, opening the imagination.     This resulted in rushing through spaces where i felt no resonance, but being pulled to FEEL art from Greece, Mesopotamia, and ancient Egypt.  I noticed the energy of many ancient Egyptian artifacts were linked to black magic too.
I saw this and felt Isis energy..... 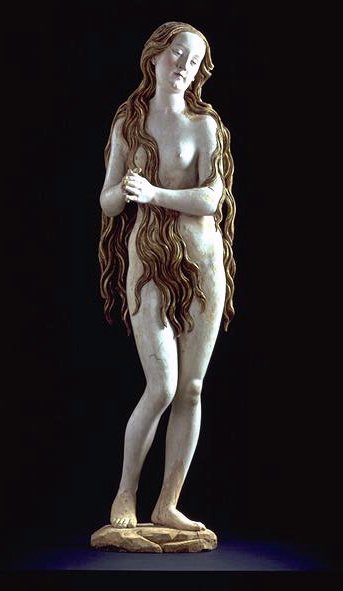 I'm confused, I saw this poster below and it seems to want people to pay to watch people ride motorbikes with no legs on the bike?   Very silly. 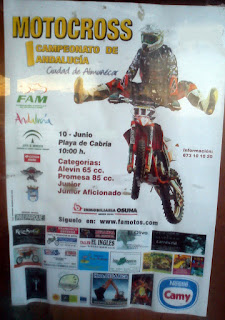 If people saw someone doing this on the road, they would call the police, but if they pay money to see it, they can all buy some smile I guess.....I don't really know, I'm just confused with it.  Surely people are not that empty of things to do in their spare time? ***
But whenever we find confusion, forgiveness and acceptance are key.

Luckily others see things similar to me - this amazing documentary was launched this week is the best I've seen for a long while......and resonates with much of this site.

I find nature much less confusing. 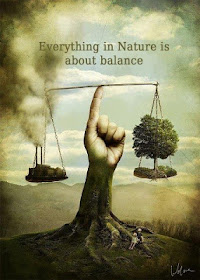 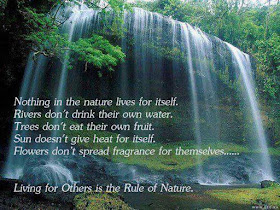