So the vultures in Washington (cough, Wall Street)  kicked the can down the road.

***
Before we get into it, first a short round up of some recent unrelated observations.

With everyone supposed to be skint, Transhumanism has taken some leaps recently; in a new Terminator type robot, a Pentagon funded robot,  a new wildcat military robot, drones that can kill on their own, and a host of biotech firms getting ready to float on the markets as PLC's.

Fireballs are still increasing too, but some good tools are now available for monitoring them in the sky.

Almost daily Africans are drowning in the Med sea after sinking in their boats trying to get to Europe.  The MSM tell us about better security patrols and how they drown (boat size and construction etc), but nobody seems to ask what they are running from or what their problems are.   Europe is a little Nazi like that - sad really.....better to run from really, not towards.

Someone strange last week spent $30.6 million on one diamond, maybe for a future proposal?  But alas, not all women end up as princesses.    I don't think the buyer was this dude that's for sure.

At least some people are looking at some of the toxicity from a place of humour, whether it be animal cruelty, or energy price hikes.

***
So, the elite in Wall Street (overlords of Obama and congress) have kicked the can down the road.   The Government parks have reopened and the "debt ceiling" is raised until early February.  The debt ceiling is a mental construct - it has no form - so this just means the ceiling is not enforced, and America can print free money to add to the $17 Trillion debt ($2300 each for every human on a 7.1 billion person planet).  A Trillion dollars most people have no concept of, let me help. 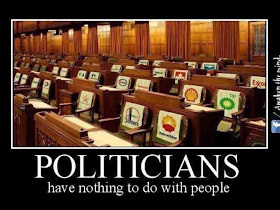 I watched the market charts during the last week, and when the Wall Street overlords told the puppets in Government to say the word "meeting" = then wall street hedge funds brought like mad........a few hours later the puppets said there was a  "stall in talks" = then there was a selloff like mad.....but the markets moved minutes before the news came out - so for sure market manipulation.   Think this doesn't happen then see here and here.


Did anyone besides me wonder how they got all those signs printed and distributed far and wide, including to all the national parks and cemeteries overseas only eight to ten hours after the government shut down?  Take a look at this below from someone who wanted to remain anonymous:

"I have worked in the government on and off for 40 years. During that time I became quite familiar with requisitions, bidding, awarding contracts etc. It is a time consuming process with bean-counters and pencil-necked bureaucrats every step of the way. The simplest request takes months not days or hours. In less than 8 hours of the shutdown, miraculously, professionally printed 3X4 foot signs appeared all over the country in the tens of thousands saying-"this [park, facility, etc. with custom logos] closed due to government shutdown.
There has not been a government shutdown in 17 years. These signs were designed, specifications were determined, signs were then requisitioned, bids were posted and vetted, government contracts were awarded. The materials were then ordered and the signs manufactured then distributed U.S. Mails or freight companies.
This shutdown was orchestrated and planned well in advance at least 6-8 months ago. Millions of tax dollars were appropriated and spent in this process. There is a paper trail a mile long leading directly to the White House."
***
There are a few things that we now see more clearly. 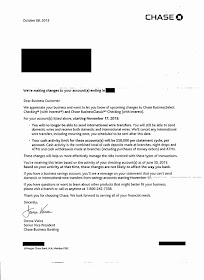 ***
The only thing backing the dollar is the military (research countries trying to get out of the dollar matrix and what happens to them).

This psycho mafia born in the late 1800s are not going to go quietly, a big bang will come. They are living on borrowed time that has been purchased by stealing money from future generations.

Many think this is all planned, and that last week was a dry run ......something hard to argue with when you dig a bit further.

Now finally the debate is heading in the right direction. This is all by design. Smoke and mirrors folks. Another fraud. Another scam. Planned for eons. "If that mischievous financial policy which had its origin in the North American Republic [debt-free money] should become indurated down to a fixture, then that government will furnish its own money without cost. It will pay off its debts and be without a debt to the International Bankers. It will have all the money necessary to carry on its commerce. It will become prosperous beyond precedent in the history of the civilized governments of the world. The brains and wealth of all countries will go to North America. That government must be destroyed or it will destroy every monarchy on the globe!"                                Times of London newspaper, 1865


It's getting more obvious why nobody really comes from tribal living toward the west. 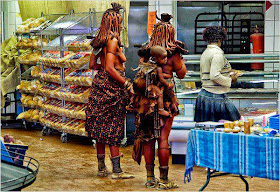 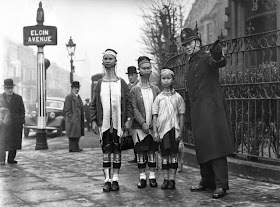 The weird thing is, as this subject of economy is pretty boring, people distract themselves in nonsense.   If last week was a dry run, it went well - nobody really cared or paid much attention; no bank runs occurred, no pitchforks on the street, no traffic jams as people left the cities with furniture on their roof.....people carried on and took in the normal distractions.

Get some gold and seeds if in America...it'll get messy. 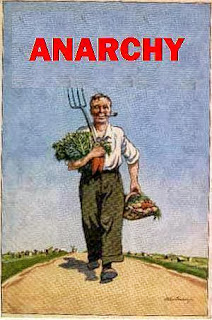