The  Brand 'gone-viral-meme' will run and run, but after some contemplation I've come to the following conclusion.

One thing nobody is talking about yet is that in UK Parliament the National Service bill is currently at the stage of a "second reading debate."   So for those who are naturally creative or introverted, it's not allowed, you have to search for a boss, or learn to kill, no other choice will exist if this passes through next year......unless one thinks for themself of course.

I had a dream with an Orca whale last week, it was beautiful, intelligent, empathic, and pure; super evolved, and linked with grace to the earth.

The next day I was sent this amazing movie that shows how capitalism sinks to extreme lows.  If you plan to entertained your children by watching these perform like clowns in a pool, then please know that... 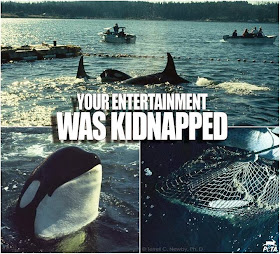 Food is getting crazier, one can't save seeds, labelling is corrupt, and GMOs are still a major issue.

I will move onto the main blog in a second, but a few recently have been calling this site negative....angrily too....heheh.  Maybe they think waking up is all rosy and nice?   Maybe these people just don't want to care?  Or life is too cosy?   Or maybe they think there is nothing to see?   Yep, nothing to see here.....nothing is back to front, and Walt Disney is nice.

For those that do care, remember that all this real terror that's going on, it's just a feeling.......remain grounded.

***
The many that don't care about topics like the above ("oy, stop being negative, I want my internet time to entertain me") are usually extroverts; in their groups, massively social, in the TV-land reality, and pushing energy outward (generally speaking).   Conversely, it's more often the introverts who work things out and care about things. This suits the Status Quo as it's only in lone time that the depths of the imagination and contemplation can really be found.   Creativity, selfhood, and out of the box thinking all are quashed too without time alone.

This is why massive organisations try to replace the words for being in solitude, or being  introverted, with 'loneliness', and make out that being alone is an illness:

For decades "introverted personality" and "introverted disorder of childhood" have been in the WHO's (World Health Organisation) manual—the International Statistical Classification of Diseases and Related Health Problems (ICD-9 CM).

The BBC are at it too - thanks License payers:
Why does being lonely (introverted) make you ill?
Loneliness (solitude) is a major health issue.
Adults 'experience' loneliness.
Plight of the chronically lonely.

They really don't want anyone doing any of that being alone stuff do they?   Even children are ALL thrust into classes of up to 30 other children in the UK.  What if a human is more creative and thoughtful?  Naturally more introverted?   Stuff him in a room with 30 others for his whole childhood.   It's toxic.

What we need to realise is some people are loud, some quiet, some tall, some short, some practical, some thoughtful, some extroverted, and some introverted, and this is in harmony, and that the introvert holds much power that certain powers really don't like.

note: nice to see TED not being used for pro-Transhuman talks....maybe this slipped through the net.

Near all empaths are introverts too, and the status quo doesn't want too many of them wandering about talking to people and doing any of that feeling energy or emotions stuff.   The more people that are in groups and in mainstream TV-reality social circles, the better for the powers that be.

No introvert is easily hypnotised, and not introvert easily takes to a life of nonsense, so it's time we let go of the myths about introverts.

The key is that Solitude is not Loneliness.
Loneliness is a feeling, while solitude transcends the feeling-only state and reaches deeper into the architecture of the soul and, if fully embraced, serves as a confirmation of the individual’s eternal and sufficient nature.


One reason why the reading of books has dropped so much is that being alone or introverted is being vilified, whereas most are led to believe it's all down to social media.


Another thing with the introvert is that it reads books, another no no from the status quo.  Most are now getting their knowledge from the odd sentence or quote on facebook, and the reading of books is dropping dramatically. 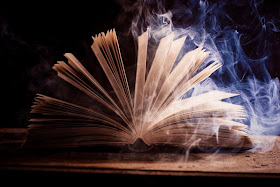 Books have the power to empower, to talk directly to our soul, to only our awareness in a unique way nobody else can ever truly understand. 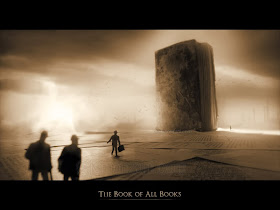 But many are now coaxed away from much lone time, Facebook is here to save the day; titbits, quotes, ironing, etc. 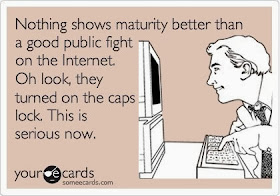 P.S Any more emails about negativity will be bounced to this site, where everyone is happy, having fun, and where no introverts are present.
Mark aka waykiwayki at 15:34
Share
‹
›
Home
View web version