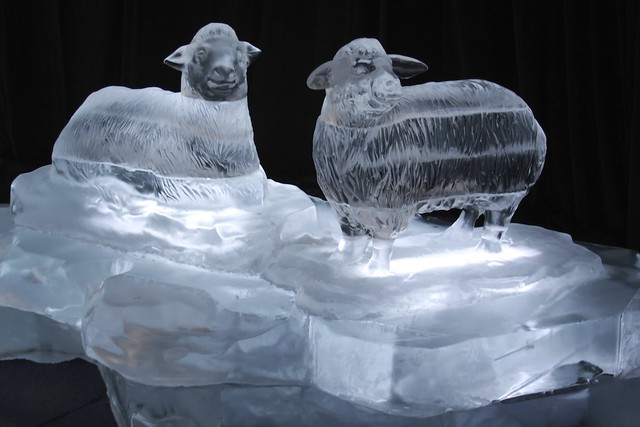 All of you must have noticed a heavily promoted viral craze sweeping the USA and UK - the tipping of a bucket of ice water..... over oneself (??) to raise money for the ALS Association.

Here's a little background before we look into a theory.

The craze is heavily promoted by celebrities (mostly toxic puppets), billionaires (mates of the elite), and the mainstream media (zionism), so this clearly deserves a closer look.

Look at the promotion of this craze:

Eminem and Rihanna on stage...."yo, this is how we flow fuckers, ice over my head...yeeahh, yo yo"   <<   ?  high strangeness ?
Many other celebs at it, seeking attention, but being used to promote the craze.
Little more than a wet t-shirt gig really.

The ALS association itself claims that only 27% of its funds go towards research, and in 2013 these were their top earners....hehe, bucket of ice water over oneself to pay for suited workers....lol.

Let's be clear, ALS do testing on animals, use embryonic stem cells from 8 week old phetus', and have really toxic sponsors and partners.

Giving to someone suffering is not suppossed to be fun, financially corrupt, or an extrovert type action - how about promoting the natural cure instead?

It also seems strange this is so big in Californ-I-AY as there is a drought there and also some brewing rumbles.....ho-hum, "Shiela in the office saw me tip ice over myself so that was fun." (??).

Ok  - enough background, let's get down to the fishiness.....

Co-founder of “ALS Ice Bucket Challenge” drowned over the weekend off the coast of Massachusetts.

ALS funding goes towards.....get some of this....ISIS Pharmeceuticals!!! source.   And check out their logo!


This women displays how this craze looks like a mass baptism, or cleanse.

This celebrity I've never heard of gets ritualistic with his ice bucket.

In the 1800's a similar cold water  challenge was used as torture.

Ok - simple stuff, not really worth a blog, but then I saw the following information - and wondered if the Ice Challenge is related and really part of a mass ritual / mass cleansing.

The past few days the MSM has been full of this:

Defcon1 ISIS Threat.   (waykiwayki explains ISIS).
They're coming and another 911 is imminent.

This one below is really a bit of a kicker into why I felt this blog was required:

Also a massive Bioterror drill has just been conducted in NY including 1500 people, and Chicago has some strange warnings too.

Conclusion:   If the Ice Bucket gig ramps up towards 9th September instead of calming down, I would not spend the 9th September in any major city in the USA or UK.....as it looks possible another false flag is coming. This week the corporate Zionist media went for a fake "beheading of a western journalist" by "Jihadists"......going for maximum impact to gain maximum support.....heheh.....they even had the executioner (with a pen knife) hosting an East London accent to bring in the A) James Bond villain subconscious gig, and B) Oh my God, evil could be next door mowing the lawn.


It's so fake, and even makes these look super real.....heheh.


In recent years Foley has spent time deep within conflict zones of Libya, Iraq, Afghanistan, and Syria.....saying he was a mere freelance reporter for GlobalPost.com.    Stinks of an agent for CIA, Blackwater, or Halliburton to me.   He has only a few articles, simply written, and all short.  Looks like a cover, especially when we can see how deep within the military he has been.  The guy in the video might not even be Foley!

Probably has a new name and is drinking Mojitos in Mexico today.

Note: Anyone else notice how years ago they first they said "muslims terrorists,"  then "Islamist extremists,"   and now "Jihadists"........heheh.....all to get you to support western corporate, military, political, and banking advances in the middle east.....heheh.

Mainstream news is the new comedy drama, but in more serious terms this is the perfect pretext for another 911 type of false flag.

Apparently ISIS are coming to get us all in the west soon too!!! Arggh....get them - they are evil.....heheh.....it's like an old scooby doo episode....without the short skirts.

......Funny though when one realises ISIS is a zionist gig anyway (CIA/Mossad/NATO//UK).....just do ten minutes research and see what you find, or read this great essay.

And here is an Excert from "The Complete History of Israels's Intelligence."

Again, the parents came across as crisis actors - no emotion, and a pure pro-America speech, with quotes such as, "how long we going to put up with this evil."

Check out this one - how long did it take them to remember this American Hero script?  And 3.01 is a little wierd......he even looks quite happy.

The people believing all this stuff deserve to pay for the politicians, media, and military.....for they have lost the power of thought, and are droning around in a lego-land coma-induced reality.

*
But things are going to change one way or another........and this information is wise to be aware of for the headless-lost-my-head-mind-controlled masses. 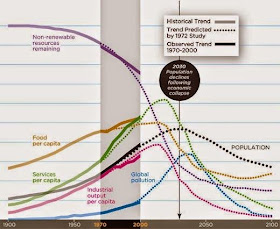 But millions of Americans care not, and are instead tipping ice buckets of water over themselves in drone like fashion, even while California is in a massive drought.  Maybe there is some symbolism in this because the ice water isn't seeming to "wake anyone up" at all? 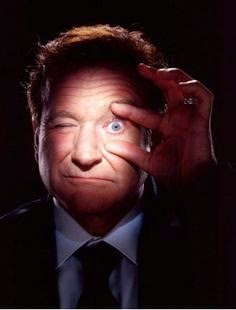 People on social media are such a paradox......"stop bombing gaza,  stop Obama,  911 was an inside job,  stop zionism"  ......then the very same people then have an emotional meltdown when a (self proclaimed) 'Honorary Jew' who supported Obama, the bombing of Gaza, and the 911 official story, dies........ simply because he made a living pretending to be someone else.

So a millionaire coke head with artistic talent kills himself - then gains the worlds emotional energy? How many innocent children have been killed today by the regime William's supported.

Let us have some context please.

Also BBC Three viewers were shocked by an "uncanny coincidence" last night when news of Robin Williams' apparent suicide came in just as a Family Guy episode centring around Robin Williams and a failed suicide attempt finished.  The episode also has God accused of hating the Mrs. Doubtfire.  I don't believe in coincidences, let alone those that are a billion to 1. Remember Family Guy killing Brian in Fast and Furious just before Paul Walker?
Family Guy even predicted the Boston Bombings (which was a false flag).

Also, years ago, Robin Williams and De Niro visited Belushi on the day/night of his death....have a look at Belushi's headstone (Skull and Bones is explained in my first free ebook).  It is well known in Hollywood circles these three liked the odd session on satans dandruff (coke).   Note:  Belushi died at 33.   Note:  There is a difference between clinical depression and a thirty year coke and booze habit.

These thoughts do not mean Mork and Mindy wasn't great creativity - but watch out for when the global media want you to give emotional energy - ala Diana, Maddie, etc.

Some things are just hidden in plain sight. 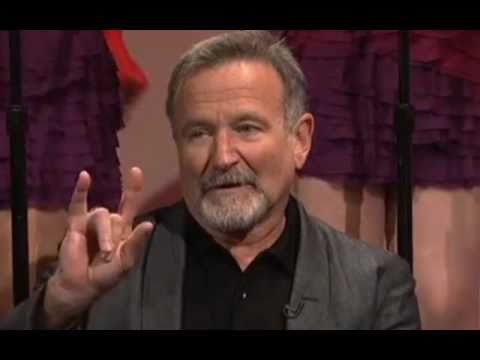 Also on the IGN forums someone predicted his death 3 days before it happened.  The username is DigInTheCrates which is an annegram for C The Star Dieing or Die the Star Cing.  Very odd.

Also it happened on the 11th, in the ray of a Supermoon,  and asphyxiation was the same way David Carradine of "Kill Bill" fame went (though later they changed Williams' suicide method to hanging).

Did anyone ever ask why the movie 'Good Morning Vietnam' forgot to include anything about Agent Orange or the gulf of Tonkin?  For one could be left from this movie thinking it was heroes doing their job for the good old US of A.

One could go a step further too.  The Sun Tarot Card has 4 sunflowers (the 4 worlds of Qabalah - with the robe of Binah in Atziluth running between one of them - Binah is sorrow and the number 3).

Ok - now look at his home today...same symbolism - same colour - and triangle for 3.  Binah in this colour is a high vibration and "out of this world" - just like Mork! The four QBL worlds can be placed on "one Tree of Life" - in this case Mork above is in the Abyss (between Atziluth and Briah) - pretty much the place in the afterlife for souls who do things like "drug fueled suicide."

Let us remember that Willaims starred in The Fisher King and on the promotion he looks like The Fool (0), especially with the flaming sword (that runs to the top of the Tree of Life where The Fool path resides, and the  Grail is above him (Ayin and Kether).

Now let us note the director was Gilliam, who also made Dr Parnassus (the Heath Ledger ritual movie -  based around The Joker (0) archetpye from Ledger's method acting as the evil Joker.).

Williams was also  in a movie with 9-11 symbolism.

We talked recently about the BBC and it's links to child abuse.   "You're crazy" some said.

Well have a look at the statue on their Broadcasting House in Central London. 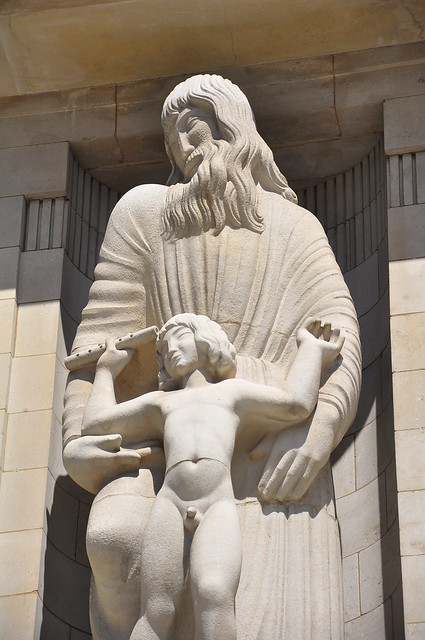 According to the sculptor, this is supposedly the magician and control freak Prospero and his invisible enforcer Ariel.

On the same building one can also find these: 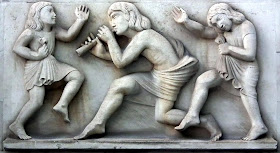 Then we find out the sculptor Eric Gill was himself a child abuser!

There should be  a new charity;  "Save the BBC license payers."

**
Enough of the serious stuff, it's hot this summer - so let us have a nice cold drink :-)

Anyone for some Fluro-Water!  Chemicals and poison fluoride masquerading as natural juice?   I love how on the back it states "Contains No Juice." 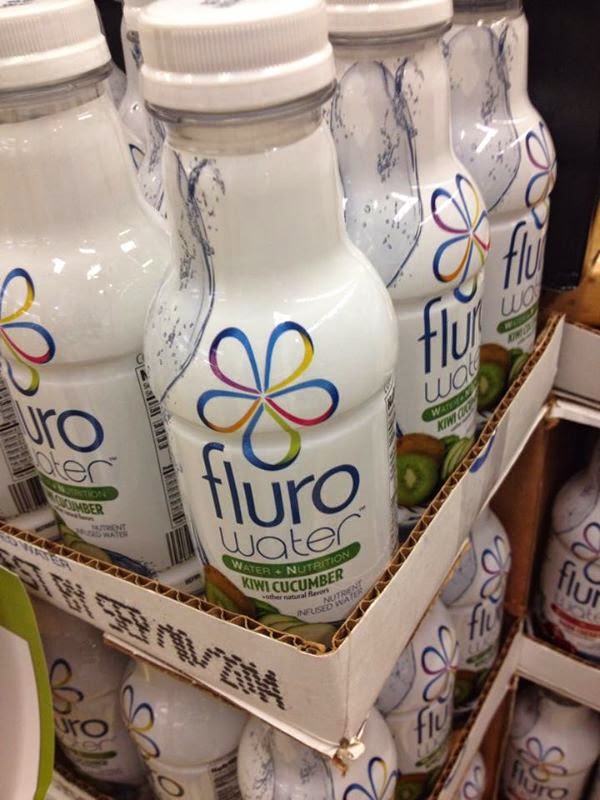 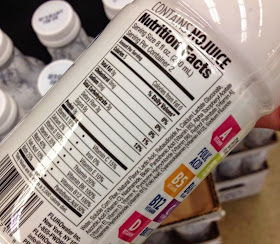 Ok then - we could go for a nice increasingly popular energy drink, with crazy levels of caffeine, sugar, and sweeteners, that openly tell the consumer how bad they are and where they come from. 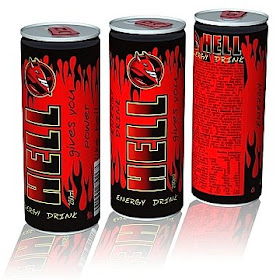 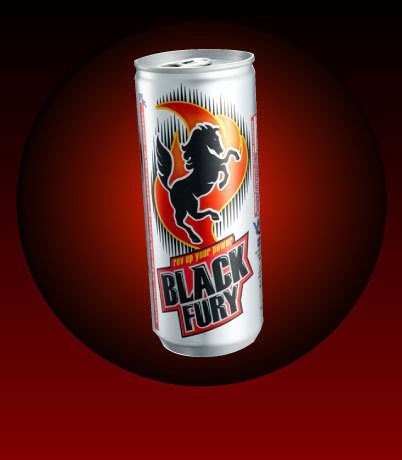 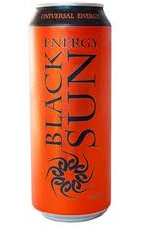 Things are now in plain sight, and people are too asleep to notice, just like this jumper sold at the 911 memorial in NY (read the very illuminati text). 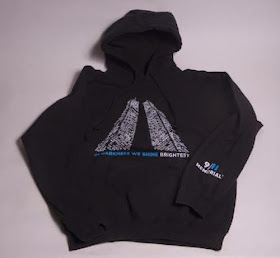 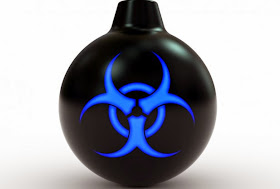 Ebola is now taking over the main stream news - this can only be for one of three reasons:


Let us note that many years ago my first free ebook presented that the WHO (World Health Org)    are corrupt and in the pocket of the elite and big pharma, and that AIDS is man made. 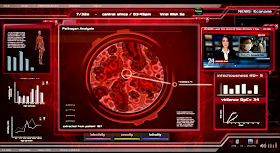 Let's look at some information supporting the belief that Ebola looks a man made weapon:


These three dudes are with options 1 of the opening comment on this blog, and even state it is "airborn."

Funny too how one of the most popular Andriod / Ipad games is about making a biological virus and spreading it worldwide.