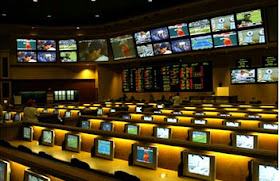 There's some grains of information that when pieced together could look like a half baked jigsaw  of a possible tipping point event this October (not again yaaaawn).  Heheh, sorry, but someone has to do the grunt work and blog it   ;-)

Some serious crazy astrology is going on this October (it's not normal to have this much fiery rebellious punch crammed into one month).

Thse cryptic, esoteric, and elitist Georgia Guidestones (source1, source2) in America have had their "2014 capstone" decoded to point to this October.

(text version of the decoding)

So....drumroll.....here is The Wayki Wayki betting market for tipping point events this October:


note1: these odds are live and subject to change. only opening prices listed thus far as of 1st October.
note2: those on google glass can download latest odds by blinking 4 times then closing their eyes for 10 seconds.......while crossing a road.

Ps.  If you're doing research sometimes, beware the trolls you may encounter...