The Emperor of all lies (Part 2): The Oh-bum-ah Family?

In part 1 we looked at the mega lie from Zionism.  Zionists lie a lot, so it's only natural and healthy to go back and look at all their big claims.

Here in part 2 we will do similar with the Corporate / Banking puppet, and actor, Obama.   He lies a lot, so it's only natural and healthy to hunt for some other lies.

The first time I came across all this I disregarded it as nonsense, but then more information popped up, and more videos kept getting taken off Youtube.

Then after my initial childish sniggering,  I managed to summarise the information.   Make of it what you will, but rationally dissect the information first instead of coming to any knee jerk belief system.

Quick Note1: I have nothing against anyone's sexual or gender persuasion, I'm just seeking truth.   Most of us have been reincarnated as men and women before so we are all trans-gender anyway.

Quick Note2:  I have no care for left or right theatre, or tea party movements,  I have no political agenda with this information.


So, lets walk slowly through this one, and if I catch anyone sniggering, you will be sent to facebook to look at cats, puppies, dinners, and preening selfies.

Ok, there have been some trash magazines and tabloid toilet paper bringing up various Obama gay scandals. 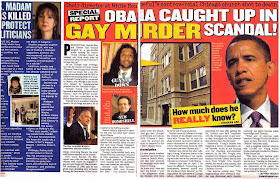 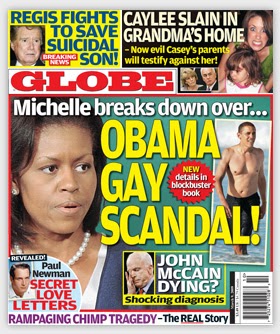 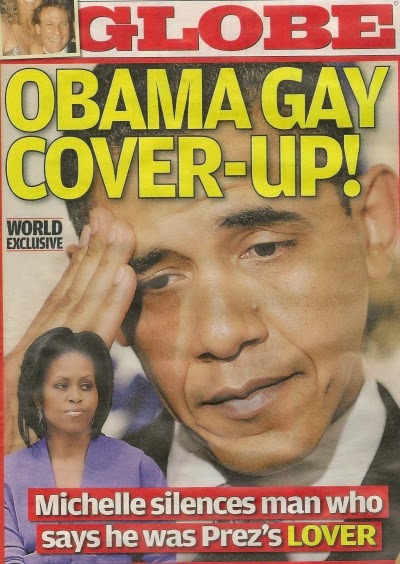 Ok, that doesn't mean much, but in 2008 Larry Sinclair held a meeting at the National Press Club to address his alleged gay relationship with Barack Obama, the then 2008 Democratic presidential candidate, to answer questions from the Press.  Larry Sinclair stated to the press that he and Barack Obama had gay sex while Obama smoked crack, not once but twice.  Once in a limo and the next day in a hotel room.  Sinclair stated that the murdered Donald Young, Obama's churches gay choir master told him, by phone, he also had sex with Barack Obama........before Young was murdered.

Reports that Barack Obama had a Homosexual fling with his Pastor:

Ok, what else have we got?

Obama cheered when the gay marriage was made legal, and make of what you will of these photos. 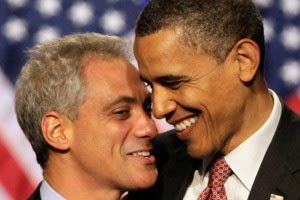 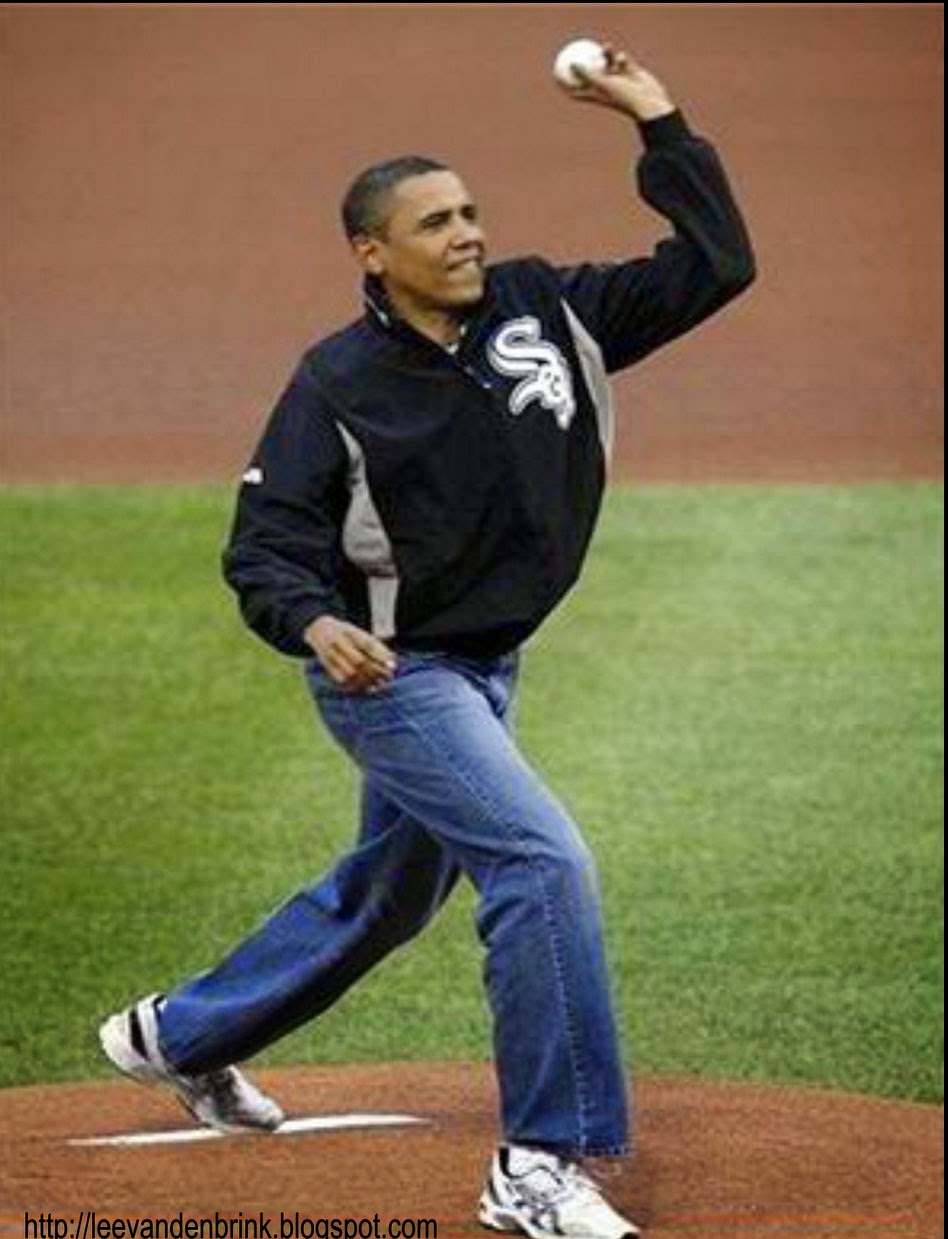 There is a mountain of evidence about, some of the best being here, here, here, and here. 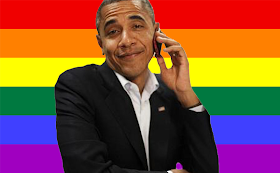 For those that haven't clicked the red 'x' and gone back to facebook, take a deep breath, for this next grouping of information I am only 60/40, whereas on the above I am a 75/25.

There is much talk about Michelle Obama having been born a man, and that he/she has undergone hormone therapy to help him become a woman.   Many believe he was born in Chicago as Michael LaVaughn Robinson, the son of  a well known cocaine dealer and union thug for Crime Lord/Mayor Richard J. Daleyn, and underwent a partial sex change in his youth.

What information is there to support this?

There are now literally over 100 videos on youtube pointing to Michelle being a transgender human, so here are a couple.


(note, I don't really buy into the shoulders or fingers' reasons).

But here are some pictures, make of it them what you will. 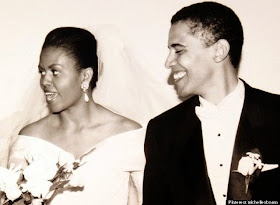 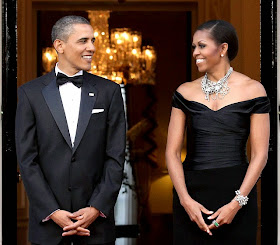 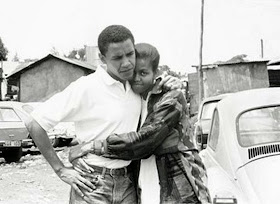 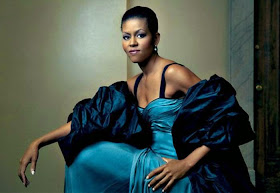 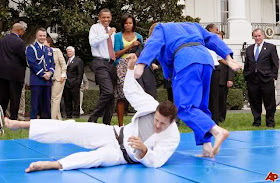 Ok, then, "But they have two children," I here you say.  But there are no images anywhere of Michelle pregnant, and save for the teeth job, is there really much resemblance (taking into account the above photos)?   The two sisters also look very different, adoption?   (sidenote, for sure that is a wig Michelle is wearing). 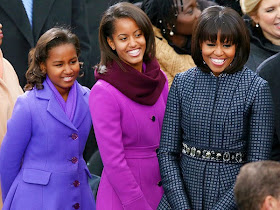 This dude did a search, and found no birth records on the Ancestry.com or GenealogyBank.com.

So it's up to you what you believe, but for me it's slightly more probable than not, that.....

I think this all may be a bet between Rothchild and Rockafella - "Oy Rothers, I bet you $10 billion I can take down the trade towers and blame it all on a Muslim in a cave, enabling us to goto war and take over the opium and oil."    "No chance Rockafella, if you do that, I'll employ a gay drug taking black guy with a Muslim name to be President, and even throw in a transgender wife."   "You're on!"

ps.  Sigh, those sane conspiracy theorists.
pps. For some reason google wouldn't let me publish this blog and I had to repaste and cut parts from notepad and frig about a lot.....the bots are onto me it seems.....heheh