The Nature of Conditioning. 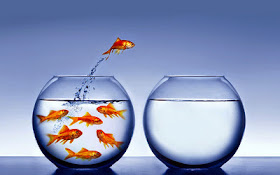 As most are watching fireworks, drinking alcohol, and singing a silly song, in what is a conditioned tradition linked to nothing real (save an error riddled catholic calender), I think it good time to talk about conditioning.

"err, but we have just completed another cycle around the sun"  ....."hmmm, this could be said at any moment, and can you really prove the heliocentric model?" (see recent blogs).

The adept knows that ones own solar return (birthday) holds the renewal energy, as does the solstice, equinox, and new moons, so waking up with a hangover on the 1st January as a "sign of renewal" just makes these people appear a little strange - but hey, each to their own.

On earth there are a few small interwoven groups conditioning the minds and belief systems of the masses, and more and more people in recent years have been helping to expose this phenomena that exists in areas such as Corporate News, Advertising, World Events, Pop Music, Education, Video Games, Movies, Religion & New Age, Big Pharma, UN Climate change, the Political and social arena and structures, plus angles from national, cultural, and familial group think. 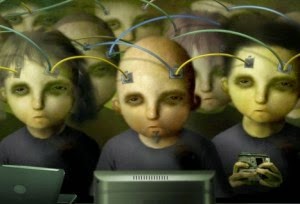 What everyone seems to be doing is picking one area of conditioning out of hundreds, and shouting about it, be it toxic food collectively believed to be good for you (e.g pasta, breakfast cereals), or how Catholicism came about, Monsanto, or  school indoctrination.   These are people looking at the rotten
fruit at the end of the branch, but not the soil the tree sits in.


Nobody seems to be doing is looking at The Nature of Conditioning,  the very nature of conditioning itself.

So what do I mean when i say human conditioning, or a human is conditioned?


Controlling perception through a “group think mentality.”   Psychological techniques which create unconscious associations to a given set of circumstances, can be used to guide and control human emotions.

Group think can also be defined as:


“A phenomenon developed in groups and marked by the consensus of opinion without critical reasoning or evaluation of consequences or alternatives. Group think revolves around a common desire to not upset the balance of a group of people by creating conflict, with creativity and individuality considered potentially harmful traits that should be avoided.”

A desire to conform, or to not be the one going against the grain seems to be a good comparative description of group think. It is a common phenomenon whenever people are together for the purpose of decision making, or a group of "friends" are sharing time together. 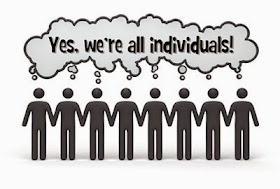 let us look at how far humanity has fallen - here are some Conditioned Systems hundreds of million's of humans are deeply within, and will probably not escape in this lifetime.   Many of these were planted into the subconscious of these humans.  I've researched stuff for over a decade, and can assure the list below is not subjective.

*  A Mortgage is a rational, fair, and good way of obtaining a homestead.
*  BBC, CNN, Fox, and RT, are main sources of truth regarding world news.
*  Muslims are the biggest terrorist threat on earth.
*  Israel is right to bomb Palestine.
*  Voting gives real choice within the west's true democratic models.
*  The goal in life is security and comfort.
*  Sugar is ok for children as a treat.
*  Austerity is good as we are in it together.
*  Big Pharma is there to heal me.
*  It is good to be defined by how one looks and what one owns.
*  The CIA and NSA are there to protect people.


The above are objectively false - but millions have been conditioned through images and group think to have false belief systems that are not conducive to the evolution of the human race or the planet.   The above conditioned belief systems are created so only a few benefit - so they gain more power, control, and money. 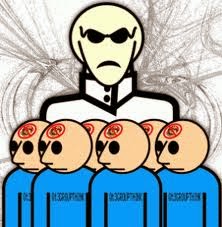 This is where we are at as a race, and drinking under fireworks isn't going to change it.   There are smart toxic people who are laughing at you and the ease in which you are conditioned.

There are also smart people who know how the mind works, and they are working on it 24/7, they know how to bend people en masse.


Some conditioning is even deep in the language, such as Arabic helps create Muslims, and Hebrew helps create Jews.

The human baby is pure - a blank canvas - the veil is over the soul's past lives, and all it comes with is it's astrology, ancestral threads (veiled) , and past life experiences (veiled karma).

No?   You think people naturally grow up and choose certain belief systems using their intuition and critical thinking rational?

Explain these away then:

1  Ukrainian Dog Girl.  From the age of 3 to 9 a girl in the Ukraine was left with dogs.  When she was found in 1991, she was unable to speak, choosing only to bark, and ran around on all fours.

2  Russian Bird Boy.  In 2008, Russian care workers  rescued a seven-year-old “bird-boy” who could communicate only by “chirping” after his mother raised him in a virtual aviary for 7 years.

3  Cambodian Jungle Girl.  19 years in the jungle before she was found.   When she was thirsty or hungry, she pointed at her mouth. She preferred to crawl rather than walk upright.  Her mother constantly had to pull back on the clothes when she tried to take them off.  In May 2010, Rochom P’ngieng has fled back to the jungle, and has never been found.

4 Romanian Dog Boy.  After 3 years in the wild, the 7 year old was found.  Dr Mircea Florea said: “He was found in an animal position and his movements are animalistic. The facts show that he was not brought up in a social environment. He becomes very agitated when he does not have food. He is looking for something to eat all the time. He sleeps after he eats.”

5  Ugandan Monkey Boy.  3 years in the wild from 3 - 6.  Initial reports suggest John Ssebunya’s entire body was covered with hair called hypertrichosis. Once captured and cleaned up — he was covered in scars and wounds, with knees scarred from crawling. He couldn’t talk or cry.

So obviously there are thousands of different ways humans can live (or be conditioned) on this planet.

At present, Teachers, Society, and Media all pass onto the youth (with supported help from parents), then they grow up and repeat, unless they break out of the nature of conditioning.  It is a shame, and as though many are plodding about on subconscious reflexes.

But EVERYONE is conditioned - it's a case of how deeply, and from how many angles, and how damaging to the race and core self each angle is.

So how does one de-condition?   One could grab 100 volunteered babies and try something new, but this would never be allowed, or one can work individually:
Learn about the intuition and critical thinking.  Stand alone, research alone, think undiluted in clear spaces, and be firm with your conclusions.    You will be marginalised and unpopular, but at some point you will need to make the choice:  Do I seek to de-condition or do I seek to be in the herd going the wrong way. 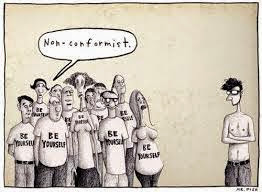 
Things will start changing soon on this planet, anytime between now and 2021 is when the wobbles will start, if you are deeply conditioned it's going to be a much bumpier ride.


"The individual has been overlooked. He has been demeaned. He has been grabbed up and drafted into groups. His creative power has been compromised in order to fit in. The majority of the world still believes in this approach, as if from good groups will flow the ultimate and final solutions we have all been seeking. The most deluded among us believe we are always on the cusp of a final breakthrough.  But there is no “we” to make the breakthrough. It comes to every person on his own. And it does not arrive as the thrust of an external force, but from one’s own struggle, accompanied by insights for which there is no outside agency to lend confirmation.  One or ten or a hundred collapses of civilisation, and the resultant rebuilding, are not enough. The pattern endures. It can only dissolve when overwhelming numbers of individuals, each in his own way, absent self-deception, sees its bankruptcy.  The “we” and the “us” are merely postponements and cover stories splashed on the front pages of the mind. Fighting for what is right, here and now, is vital. But it does not preclude the knowledge that, as long as people are fixated on groups as the Answer, the underlying problem will persist." - Jon Rappoport