FERO 2, Plus Mind Control,Trolls, and Agents.


If you giggle just half as much as we did making it, it will make us happy.
Feel free to subscribe to the Flat Earth Rebel Outpost channel, and join the Facebook group.....more episodes are in development.  Keyring link is in the Episode, or at the bottom of this article.

Some people have said to me, "Why don't you do spiritual/personal evolution blogs anymore - it's all Flat Earth related at the moment."

My answer to this is that FE is spiritual, it's probably the most spiritual and evolving part of the truth movement.   Why?  Because it kills any ideas of the crazy atheistic big bang "theory," and it kills the authorities that support the lie,   The sphere is the biggest lie out there, the biggest mind control gig, and FE is the one part of the truth movement that is growing at an exponential rate and really making a difference to peoples lives. Other lies about money, war, shootings, media, food etc all are relatively small compared to the lie about what reality we live in, but many just want to keep ingesting the same truth, over and over again - it's safe, and it gives many definition......it's real, but are you clipping the leaf, or going for the trunk?

Pssst - they got the shape of the earth wrong ;-)

But many say that the shape of the earth does not affect them - but of course, it does, allot, for it's not so much about the shape, but where we came from, and who lies to us, and in what way they lie to us.   i will leave the reader to contemplate this. 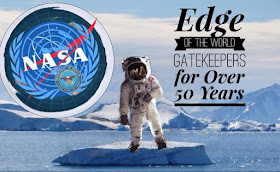 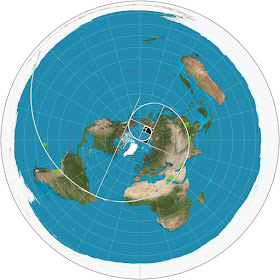 But many so deeply conditioned can't break free, no matter what is presented.   They love their gatekeepers too much.   They can jump into food conspiracy, or fake shootings, but jumping from the ball is too much, they get too scared.   But the spherical earth lie really is like a cult....and most within it don't even know about the Cavendish Experiment (ritual...lol).

What one should also note is, if the controllers lie about the world we live in, and what stars and planets are - one can grab mainstream history, geology, and archaeology, and throw them in the bin too.   I know some people who think the timeline has been messed with, and I am beginning to agree with them.

We live in a mind control arena - and all of us need to decide at some point if we are happy with that, or if we are going to do something about that.


The ballers call Flat Earthers crazy, but they entertain this week's articles as plausible, and chat about them at the office as though it is normal......

Brian (like's bbc) Cox says in Daily Mail there could be aliens on Pluto.
NASA developing tech so we can goto Mars and back.
NASA unveiled its three step plan for getting humans to Mars.

If you believe these and are a mainstream matrix kinda dude - I'm not too bothered.  but if your thinking your awake, part of the truth movement lalala.....then I'm worried for you.    But I'm more worried about the children you may be having (or hoarding).    Look at was has just been commissioned for the Kids National Geographic Magazine (click for hi-res). 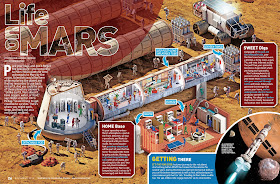 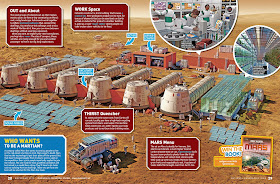 So, obviously, we are seeing much of this about: 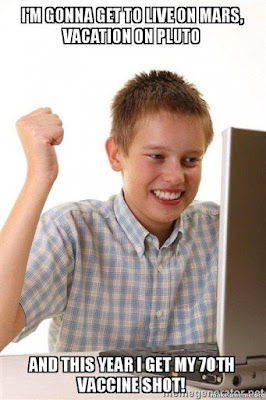 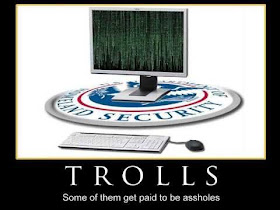 I got a massive troll attack on my YouTube channel the other day, and each one I deleted, spawned another three or four trolls.

How did I know they were trolls?

They are people who go around the FE channels on YouTube and say the same things.  They have a few techniques:

A) Attempting to make the channel look crazy with vile insults.
B) Bringing silly theories like hollow earth, concave earth, or Niburu to muddle things.
C) They ask basic but really long FE questions to slow the channel down - answers they can simply get anywhere in the community - and if they get an answer, they ask another three questions that are slightly twisted to take the channel visitors the wrong way.
D) The trolls comments somehow get to the top of the comments sections.
E) These trolls have YouTube accounts with no  avatar, videos, playlists, or subscribers. 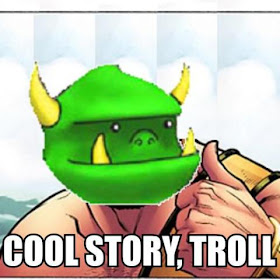 Why would someone who doesn't believe the earth is flat, spend so much time on FE YouTube channels?   And use youtube for nothing else?   My theory is that they are in jail and getting early release - or teenage relatives of the military earning some quick bucks.

These trolls are real scum, real sell outs....and for sure they are real.


But the trolling also goes the other way - FE dudes are hammering NASA on their official social media. 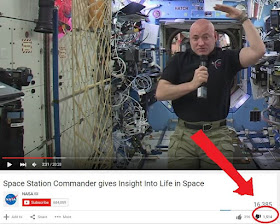 "The comments were asking nasa, if they could pan the camera so we could see out the window while the interview was happening! Also they people were asking if they are traveling soooooo fast then by the end of the interview they should be in a total different part of the world nasa got pissed off and cried like a baby and Disabled comments!" Javier Sanchez

So, a few months ago when making the FE Edge documentary, - my usb key 3g Internet started acting strange  - slow, and I couldn't connect much.  The tech dept said it should have been working fine and the system looked ok.   So I recently bought a new powerful 4g LTE router and plonked my sim card in......I got really fast Internet for 10 seconds then something came along and slowed it down........each time i connect I get really fast speeds for 10 seconds then something comes along and slows it.

When I go around Matrix_Decode's headquarters, I slow his Internet right down just by being there.

Also the night before we did our first filming together, something very strange happened, and I had to cancel and delay filming.

Madness, and I am becoming convinced I am being targeted........don't invite me around your house if you want your fast Internet to act fast ;-)

Also this week Darrell Fox, host of the 8000 member, and super busy, Flat Earth V Spherical Earth Facebook group, had his GoFundme project shutdown.  He was planning to  launch a balloon up at high altitude and film it.    After some aggro, it;s now back up.


They can try and shut us down technically, but they can't stop us dreaming.

I was going to calm down my blogs a year ago and work the land and plant food more - but I searched "flat earth".....I didn't mean to search you.